Tech-focussed business owner Pete Mills is a long-standing enterprise ambassador who’s found value both in helping students challenge their thinking and growing his own business opportunities.

An initial spark for enterprise

Crysp Co-Founder and Co-Director Pete is a former University of Leeds student, which is where his enthusiasm for enterprise began.

‘My degree subject was History, but I took a year out to intern at IBM, which was unusual at the time,’ says Pete. ‘The chair of my department told me I was the first student he’d taught who’d asked about opportunities outside of traditional department routes. That really boosted my interest in enterprise and, thanks to my time at IBM, a passion for technology and the internet from its early days.’

Pete studied at University of Leeds for four years, before switching from a History degree to qualifying in Law, which led to him starting his career in a Law firm. During his first year, he and recent graduates were set a challenge to come up with an innovation which led him to consider how technology could be applied to some of the process problems in his firm. The idea was so successful, he ended up leaving the law firm to turn this into his first business, a software agency, in 2011. ‘I ran that business for nearly nine years, before exiting in January 2020,’ he says .

At Crysp, we help people stay safe in the workplace by taking care of their property compliance, focusing on the education sector The chance to challenge business thinking

Pete has been an enterprise ambassador for CEES for almost ten years. In this role, he visits the university two or three times every year, meeting a combination of undergraduate business and enterprise students and international students.

I really value being able to showcase a business, or talk about a business career, and hear from students who are not bound by expectations or prior experiences,’ says Pete. ‘Instead, they’re talking to me really directly, openly and honestly, giving me an objective view of my business and its activities

‘It’s clear the students want to learn and are not afraid of saying what they think. I’ve been asked some pretty uncomfortable questions!’ Pete smiles. ‘Yet it’s really eye-opening and refreshing. They’ll come up with an idea or raise a query, then I’ll often ask myself ‘why didn’t I think of that?!’

The Dragon’s Den-style event held by CEES is one of the enterprise initiatives Pete’s found particularly valuable. ‘Speaking to hundreds of people in a room is a big confidence boost, even as a business owner,’ he says. ‘But it’s also hugely fulfilling. The students ask me questions that make me reflect on what I’m doing in my business, and why. I think it’s important to keep learning.’

There are always new skills we can put into practice, and the enterprise ambassador role gives me that opportunity to develop and see things in a new light

As well as inspiring ideas, Pete’s enterprise ambassador position has enabled new opportunities for Crysp to grow. ‘When the ambassador group was formed nearly ten years ago, I met Jon Seaton, who’s since founded Twinkl,’ Pete says. ‘We were both starting out then, but the ambassador network’s allowed us to keep in touch periodically through the years.’

‘At the online ambassadors’ dinner last November, Jon and I sat at the same virtual table and I told him about Crysp, which was in its early stages,’ continues Pete. ‘Jon saw the potential of Crysp and liked our ethical approach to helping schools, so he invested in the company. Without the ambassador network, this life changing conversation might never have happened .’ 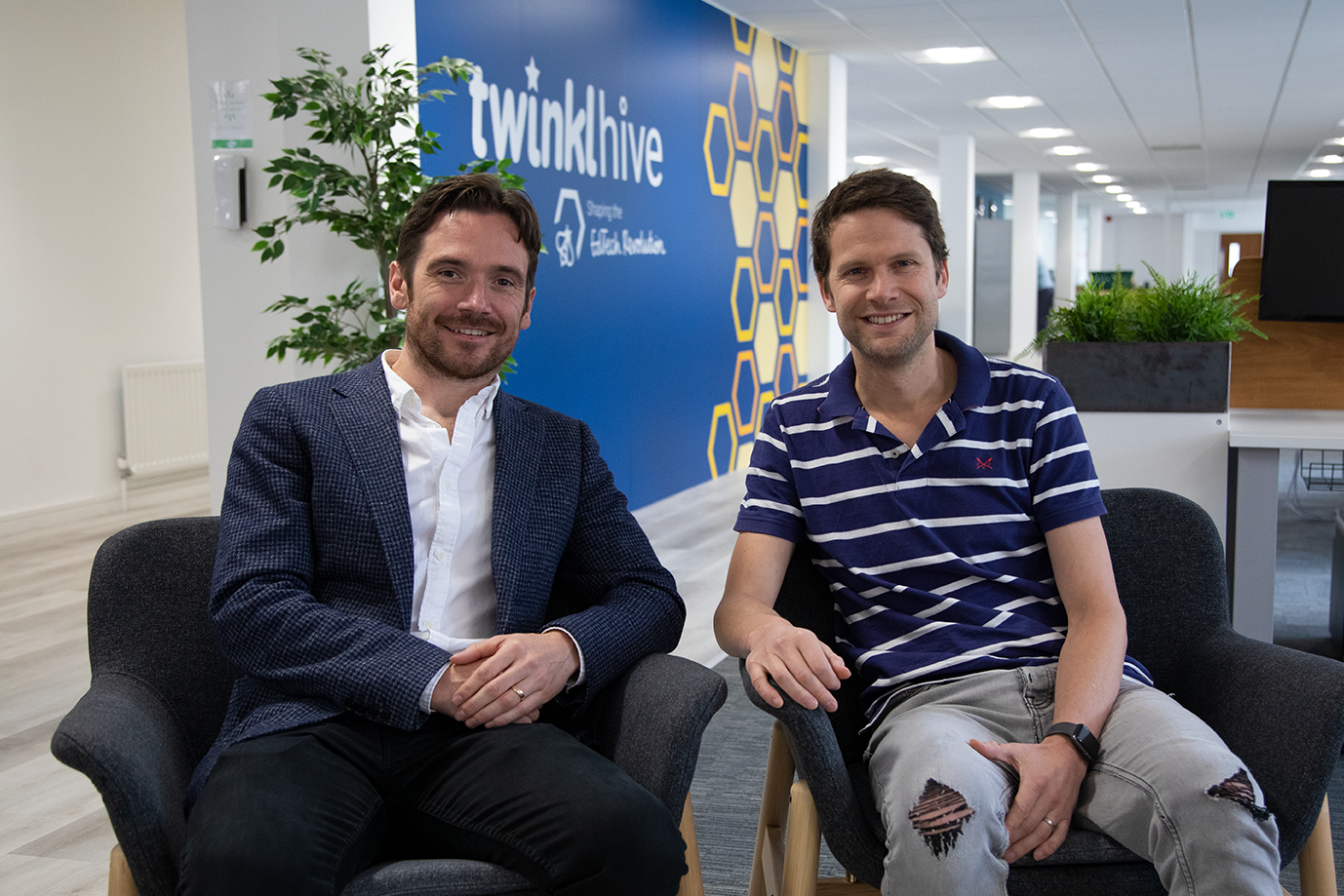 The success of the enterprise ambassador network city-wide

Pete highly praises the enterprise ambassador programme. ‘I think it’s been a real springboard for an eco-system in Leeds that connects businesses in the community with university students,’ he says. ‘There seems to be a strong enterprise drive within students who’ve decided they don’t want a traditional graduate job and are keen to look at other opportunities. These aren’t necessarily students who want to start their own business, but those who feel entrepreneurial. I love being able to help them develop their ideas.’

‘Being an enterprise ambassador is a really rewarding experience,’ Pete concludes. ‘It opens my eyes to new ideas and helps me understand different ways of thinking. Even now, almost a decade on, I still always enjoy speaking to the students and hearing their thoughts. I love having conversations that challenge the students’ minds and ideas, so they can find their own way in the world of business.’